Webmasters around the world are up in arms due to drastic drops in website traffic starting in April of 2019.
Apparently the problem is so pervasive and widespread that problems are continuing well into May and probably for weeks or months to come. Reports and speculation are flying at webmaster forums SEO Roundtable and Webmaster World and even Twitter. Today a user posted a report from Search Engine Journal suggesting the entire problem may be due to Human Error at Google.

How much of this is true is unknown, but the effects are clearly being felt by the webmaster community and surely by their clients.  Google has clearly ceased top be a search engine and is now dedicated to being an privacy invading advertising engine and content aggregator with the goal of generating massive quarterly profits.

Is Google Losing It? 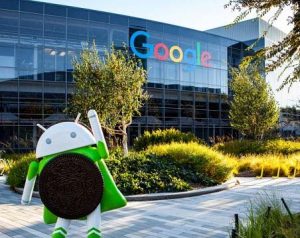 Has the ‘plex’ been turned over to interns? It would seem so. How can a platform so widely accepted and trusted suffer any kind of system disruption? This should be a lesson for all webmasters and business website owners alike; relying on traffic from one source is truly unwise.

While you may not have been affected, the fact remains that outages related to internet search or widespread connectivity issues could upset or even crash the global economy. Google’s black box algorithm has been blamed for traffic upsets ever since the infamous May Day update in 2010. Maybe it’s time to start looking at alternative search engines and new, ad free and private SE  technology. Perhaps an open source search engine that isn’t driven by corporate earnings.  For me, I’m afraid it’s finally time to say goodbye and get off the “Google It ” bandwagon.

Evidently, Google is fast becoming annoyingly unusable for many web developers. The entire top of the page is filled with shopping ad space titled “See [search keyphrase]” that leads to affiliate links that pay Google.  This along with “People Search For” and other annoyances have me going back to Bing, DuckDuck Go and other SE’s for less ad ridden and more private results. Here are several simple, less intrusive and private alternatives to Google…feel free to suggest your own in the comments below. Bookmark your favorites or save as your default search engine.

Add your favorite search platform or SE comments below…