Voice AI for Good or Evil 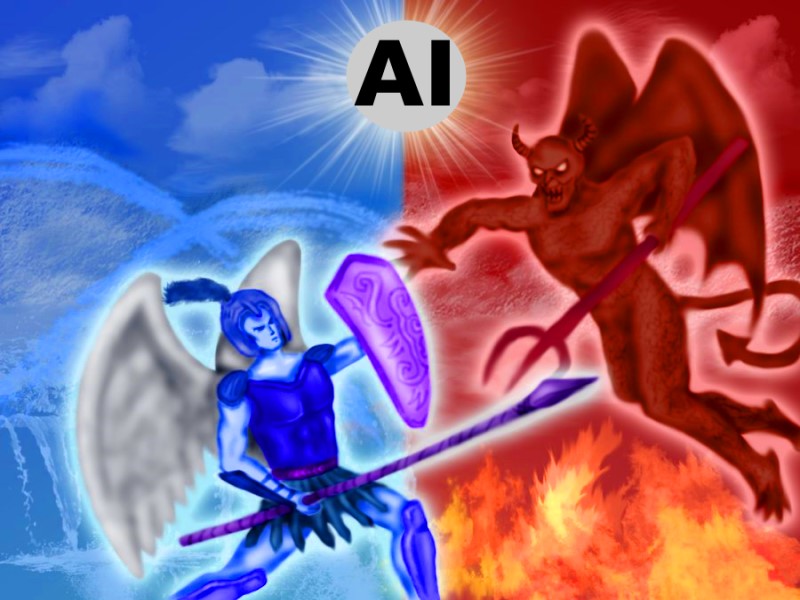 Hello, This is Google Calling:

Google has recently demonstrated a new AI assistant for Android phone users that will make frighteningly realistic phone calls FOR you. The system sounds exactly like a human and can respond in a very casual conversational manner. The system imitates a real human voice  and conversation so closely as to add modern lingual laziness such as the confidence lacking “um”, a thoughtful “ah” and an acknowledging “mm-hmm” for yes. This ability raises a LOT of questions and concerns. While it could be looked at with indifference, the implications of how it’s used and regulated are frightening. This type of advanced human mimicry AI is so far afield of normal human interaction that even some AI developers like Elon Musk of Tesla / SpaceX and Geordie Rose of Kindred A.I. and  are equating the technology to releasing a demon in a bottle.

A Tool for Good?

Initially, the thought of using artificial intelligence in this manner conjures fears, but wait, is there a useful purpose for voice AI? Consider the hearing impaired, the elderly or those with the inability to speak for themselves. If applied properly, voice AI could be a godsend tool, but…

Elon Musk stated; “so we need to be very careful with Artificial Intelligence . Increasingly clients think there should be some regulatory oversight maybe at the national and international level, just to make sure that we don’t do something very foolish. I mean with Artificial Intelligence, we are summoning the demon, you know, those stories where there the guy with the pentagram and the holy water and he’s like sure he can control the demon…(laughs) didn’t work out”.

Geordie Rose on Aliens and AI

Geordie Rose of Kindred A.I. makes another interesting observation, stating “…this is an attitude that some are having, this emerging alarmisim about the way this is gonna go, but the word ‘demons’ doesn’t capture the essence of what’s happening here….” he continues… “I don’t know if any of you are turn of the century weird fiction fans, but there’ s this guy named H.P. Lovecraft, who’s a very famous weird fiction author,  and he espoused a  view which is called ‘Cosmicism‘  and the essence of Cosmicism is Cosmic Indifference.  So what he was saying is basically yes there are these massively intelligent entities out there, but they’re not good and they’re not evil, they just don’t give a shit about you even in the slightest.  The same way you don’t care about an ant, is the same way they’re not going to care about you. And these things that we are summoning into the world now, are not demons, they’re not evil, buy they’re more like the Lovecraftian Great Old Ones, they’re entities that are not necessarily going to be aligned with what we want.

Rose continues : “So this transition is really, really massively important for our entire species to navigate, and going back to that thing that Sam Harris was saying, nobody is paying attention. This thing is happening in the background while people bicker about politics and what’s going to be in the health care plan and underneath it all, is this rising tsunami that if we’re not careful, is going to wipe us all out.”

As if we haven’t had enough of fake news, now we can expect to get robo calls making actual appointments. So how many businesses will embrace doing business with a machine? If used for good, perhaps this is OK for people who claim to be too busy to pick up a phone to order a pizza, make a hair appointment or call a tow truck, but can you imaging the ways that this could be abused? As a business owner, the last thing I want is an AI assistant calling be for a web or automation project quote. I’ll stick to dealing with good old fashioned humans, thank you.